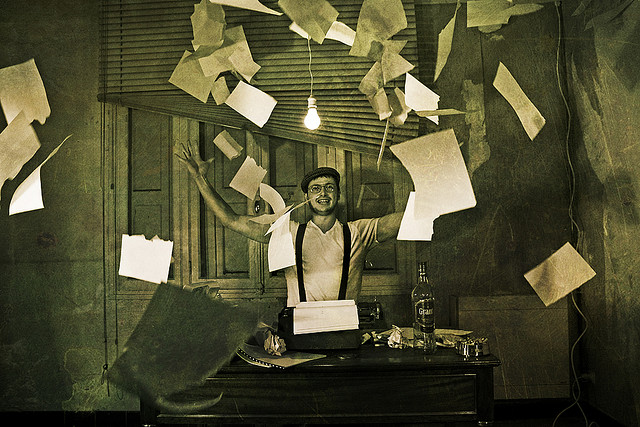 She emailed me and she said, Mr. Pop Chassid, didn’t you know I’m a fan? I’d like a bumper sticker, please, she said. Here are a few artists for artist of the week.

Oh, and by the way, how come you haven’t been writing recently? Where you been? What you been doing? Why don’t you write? Why don’t you create? I like it, she said.

Don’t you get it? Don’t you understand? That’s what I wanted to ask.

How can I write?

The lasts posts I wrote, I took down. Three posts in a row, I tore off the site after hurting people’s eyeballs, wasting their time and polluting their minds with mindless mush that was created for the wrong reason.

Do you have any idea what that’s like, I want to ask. To know you’ve hurt others with your own words. You’ve torn the world down. You’ve hurt people. If the pen is mightier than the sword then writers are killers.

Dramatic. But that’s how it feels. 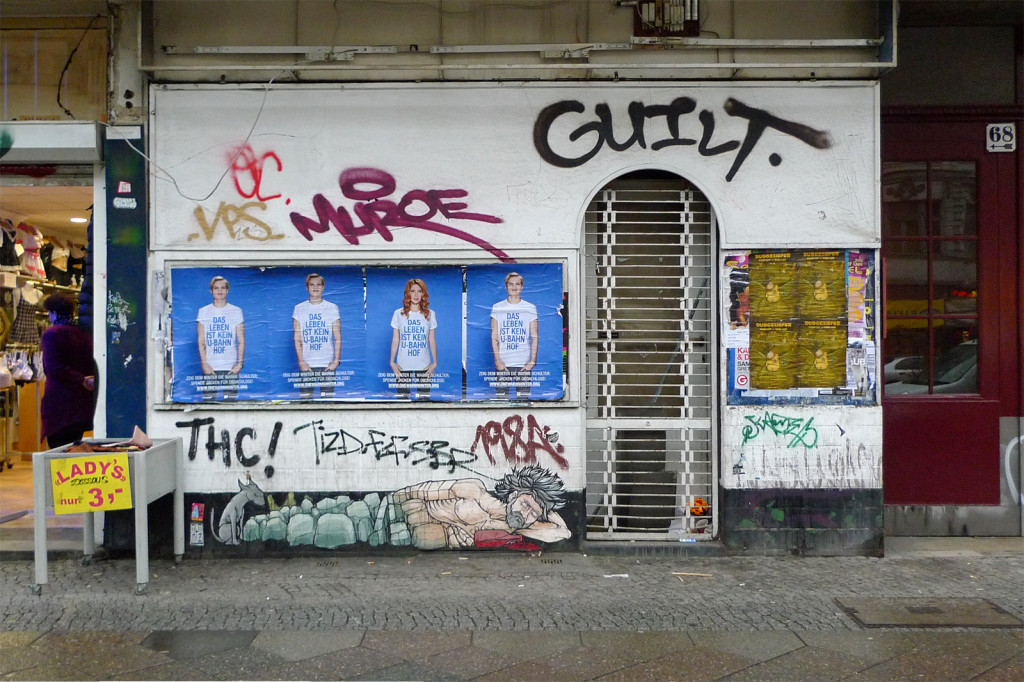 Every time we write something wrong, every time we say something false, we’re breaking the world up bit by bit, even though most of us don’t realize it. Most of the time we aren’t aware and so we go on saying careless hurtful things, things that we regret maybe days maybe months maybe years later. Sometimes we never know we’re supposed to regret. We’re spitting on G-d’s creation, hurting the world that could be so perfect, if we only left it alone, if we only stopped talking.

Didn’t she get it? Every time I opened my mouth, it was breaking up. Every time I allowed my finger to press the “Publish” button in WordPress a bit of the world got torn to shreds, and it was happening more and more, the more popular Pop Chassid got.

But no, she wanted a damn bumper sticker.

After she wrote me, I sat down and stared at my laptop. And I wrote. Not to anyone else. Just me and G-d and a white screen. All talking to each other. Our voices echoing in a mirrored pyramid. We talked and we talked. And at first it was just me and I was bitching and I was crying and I was complaining, why can’t a person create when his heart is singing for something more, for something real, why does it have to be that every time he slips into a world of marketing, a world of smoke in mirrors, where what is fake and untrue is his reality? Why do the great rabbis write silly books with silly titles about Kosher this and Kosher that? Why is it that the higher we reach, the lower we dig? 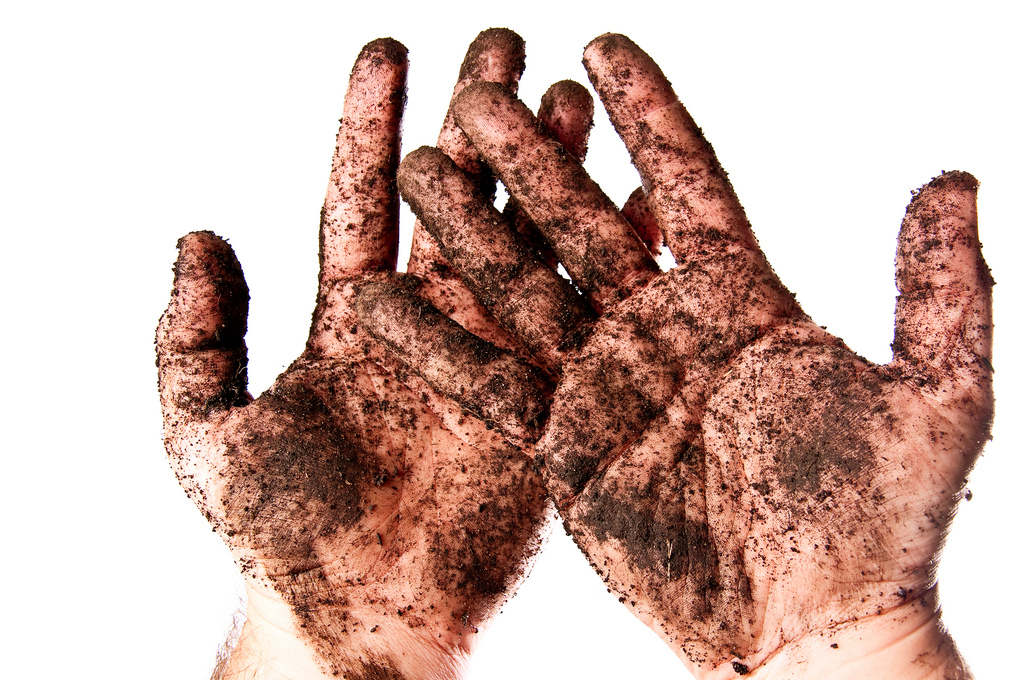 The questions echoed and for a long time there was no answer and so the fingers danced some more on the keyboard and the white screen shimmered with some black letters and at least it was me and the screen, even if G-d didn’t’ show his face.

But soon another voice entered the conversation. At first it was a whisper and it was quiet so that it hardly showed up on the screen. It said a word here and there, interrupting my manic writing, saying shhh, shhhh calm down. But the fingers kept going and the screen kept shimmering and soon the voice, I guess it had to get louder. And it started to speak. And it started to reason. And soon it was alive and talking and taking over the whole screen.

It said, “Do you even know what I am? Do you even know who I am? Don’t you know I created something? I wrote a story, a book, a blog (G-d help us). And it’s filled with plot holes and errors and misspellings and in the process of the book, the book I’m still writing, many people have died. Every person that ever existed so far has died. Some of them in horrible, disgusting ways. Some got shoved into flames. Some got put in between bricks when the Egyptians were building their damn buildings. Some got – you get the idea. The world is messed up.

Maybe the words don’t seem like much now because they’re out of my mouth, but they felt like something when they spoke to me from the screen.

The words on the screen, the other voice, it was saying, what is this? You think you can sit back and do nothing? 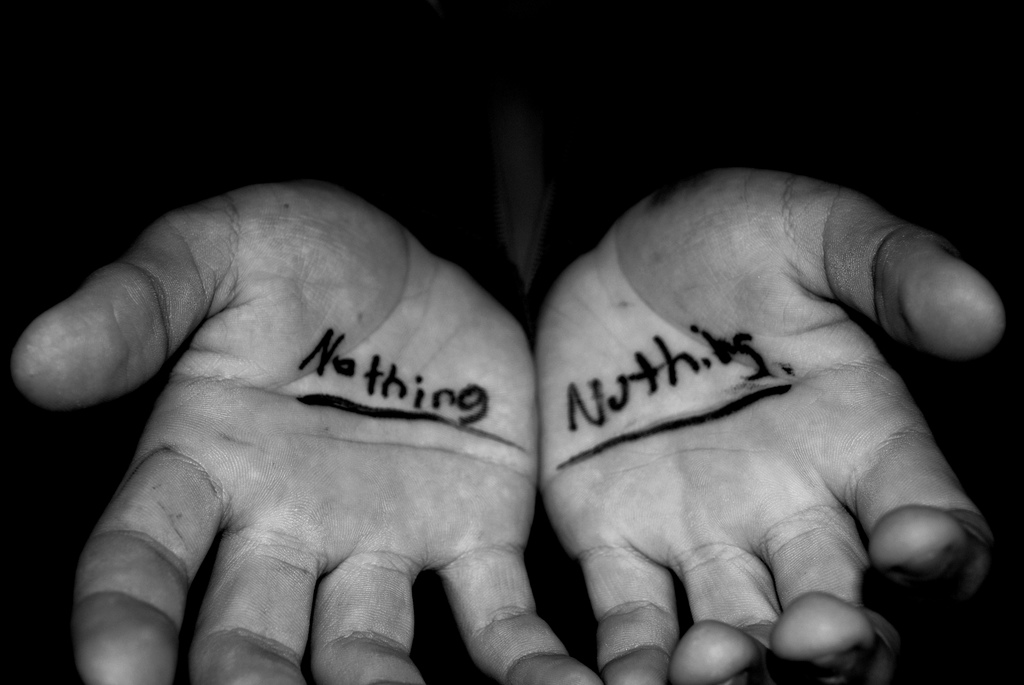 What if G-d sat back. What if G-d stayed a nothing. What if G-d chose to sit back and not create because he was worried that he would crack some eggs on the way to making his cake?

Nothing. Nothing would happen.

You. Me. The white screen with the silly black letters. They – we – wouldn’t be.

If we believe in G-d then we need to create. Because if we don’t create, G-d’s whole plan, the whole “create the world” thing falls apart. We’re going back in time, back to when there wasn’t anything and asking G-d to go with it, to be okay with the fact that we are afraid, scared, that we don’t want to hurt anyone or anything. 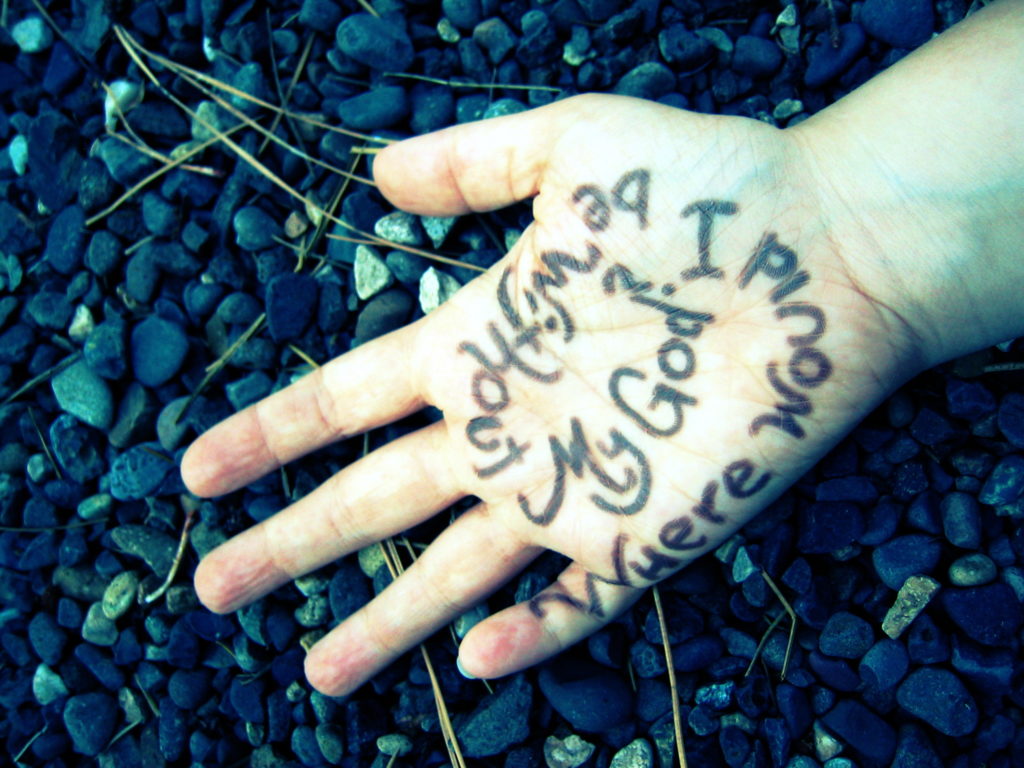 And if we keep writing, keep creating, and then look back at what we wrote with a fine-tooth comb, just like we would a piece of good literature or Torah or Gemorah, we’ll realize those errors, they’re just on the outside. Inside is life. Inside is G-d. Inside nothing went wrong. Because what we wrote, that’s a part of His creation. A part of His book. And we helped write it.