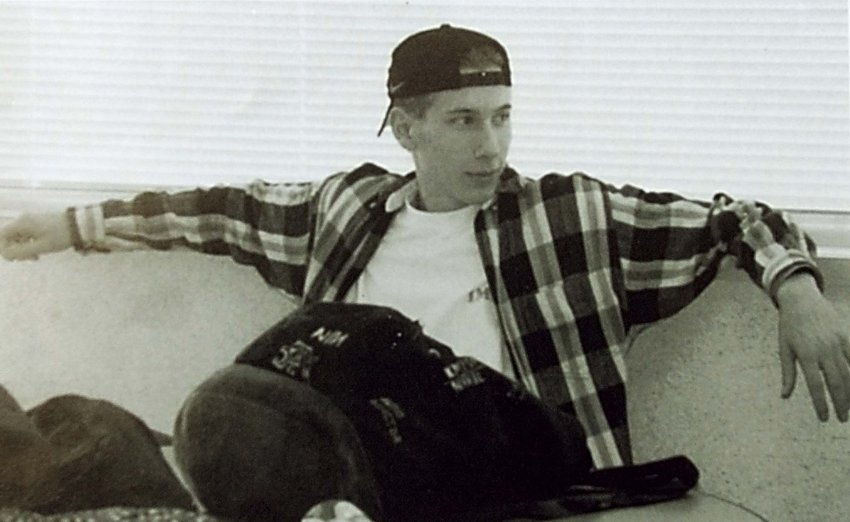 This is the second in a series comparing the attacks on Columbine and Sandy Hook.  Read the introduction here.

As reports of Columbine spread around America and soon took it by storm, the country began a process of investigating the motives behind the killers. Just as with Sandy Hook, the how was much more obvious than the why.

And so reasons began to surface. Reasons that were later disproved, but nevertheless held the public imagination.

For example, the Trench Coat Mafia, a title that became a household name, was used as a representation of the kind of world Eric Harris and Dylan Klebold occupied. They were described as loners who hung around in black trench coats getting bullied by the jocks and quietly planning revenge.

As Dave Cullen says in his book, “Reporters quickly keyed on the darker force behind the attack: this spooky Trench Coat Mafia. It grew more bizarre by the minute. In the first two hours, witnesses on CNN described the TCM as Goths, gays, outcasts, and a street gang.”

None of this was true.

Eric Harris was described as charming and good looking by some of the girls in school. He dated a 23 year old when he was 17.

So, if Eric Harris and Dylan Klebold weren’t these outcasts, and they weren’t trying to get revenge, what was really happening?

Often, when people talk about school shooters (and this is already happening with Adam Lanza), they imagine a person who quietly led a life of desperation, until he finally snapped and killed the people who had tormented him.

Eric Harris was never quietly suffering. In fact, from a young age, Eric was exhibiting signs of being a born killer.

As Cullen states, “Before he devised his massacre, Eric settled into a life of petty crime. Earlier still, even before adolescence, he was exhibiting telltale signs of a particular breed of killer.”

Eric started off doing vandalism at a young age. He then grew into theft, weapons, and more. And not only was he obsessed with all these criminal behaviors, but he relished them, and loved fooling the people around him into thinking he was a good kid.

As he wrote in his diary, “I lie a lot. Almost constant, and to everybody, just to keep my own ass out of the water. lets see, what are some big lies I have told; ‘yeah I stopped smoking’ for doing it not for getting caught,’ ‘no I haven’t been making more bombs.’”

Eric would get caught for the things he did, then brag about how he weaseled his way out of trouble in his journal. He made a website that mocked all the people around him, one that spewed hate at a constant rate.

Eric’s most beautiful dreams were about a world where nobody except himself existed. He wasn’t against any particular group of people, but rather imagined a world where all of us were dead and he was lord over everything.

In fact, one of the most pervasive myths about Columbine was that it was a school shooting.  It wasn’t.  It was a failed bombing.  Eric and Dylan had planted bombs throughout the school.  There plan was to massacre as many of the students and faculty as possible, with no specific group in mind.

Had the propane bombs detonated, they would have incinerated most or all of the inhabitants of the commons. They would have killed five hundred people in the first few seconds. Four times the toll in Oklahoma City.

In other words, there were no targets.  The plan was to kill everyone, and then torment the country for years, much in the way any other terrorist attack is committed: with the audience in mind, and with mass pain inflicted.

Eric’s dream wasn’t to kill jocks or anyone else.  His goal in life was to make as many people suffer as possible, as painfully as possible.

As Cullen explains, “Eric was always a dreamer, but he liked them ugly: bleak and morose, yet boring as hell. He saw beauty in the void. Eric dreamed of a world where nothing ever happened. A world where the rest of us had been removed.”

In case you’re wondering, all this adds up to a particular kind of murderer. Eric Harris wasn’t insane and he wasn’t a victim of any sort.  He was only interested in power and control, and when he finally decided to fulfill his plans of massacring his schoolmates, he planned for over a year to make sure it went off without a hitch.

So how do you describe such a person? There’s only one word. Eric Harris was a psychopath.

What Is A Psychopath?

A psychopath is not insane. According to Cullen, “Eric was neither normal nor insane. Psychopathy… represents a third category. Psychopathic brains don’t function like those in either of the other groups but they are consistently similar to one another. Eric killed for two reasons: to demonstrate his superiority and to enjoy it.”

In other words, a psychopath is normal in his own universe. A psychopath can think logically, understands morality (in an intellectual sense), and can live a completely normal life if he so chooses.

Psychopaths, put simply, as the FBI said in a report, “lack a moral compass—a conscience—and go through life taking what they want.”

A psychopath is a person with hardly any emotion or empathy, who is only concerned with his own wellbeing. A psychopath isn’t normal, and can hardly be called human in the sense we think of. They are manipulators, they lie, and they take advantage of the humans who are used to normal interactions with the world around them.

They take particular joy in lying, just like Eric Harris. They love fooling people, they love manipulating them and then having complete power over them.

“The reactions of psychopaths to the damage they inflict most likely will be cool indifference and a sense of power, pleasure, or smug satisfaction, rather than regret or concern.”

This is the life of a psychopath, and this is the only way to understand Eric Harris and the attack on Columbine.

In all the discussions since Columbine about school shootings, discussions that have now been revived with the tragedy at Sandy Hook, people have been avoiding blaming the killers. After Columbine, over 80% of the nation blamed the parents for the attack. That number has held steady. Still others have blamed violent video games, movies, and more, even though there is little evidence of their effect on killers of these sorts of attacks. People have blamed bullies, teachers, and just about everyone and everything else for these attacks.

The ultimate sin of “I Am Adam Lanza’s Mother” is that it spread the rumor that no killer is responsible for his own actions, that every killer is mentally ill and unable of thinking rationally.

It is time we revive a word in our society, it is time we talked honestly about something we all know exists but are afraid to confront.

It is time we bring back the word evil.

We use the word “psychopath” to describe people like Eric Harris, and it is an accurate enough word. But if anyone looks at the checklist of what it means to be a psychopath: “charming callous, cunning, manipulative, comically grandiose, and egocentric, with an appalling failure of empathy”, the description sounds an awful lot like what most of us think of when we think of the word evil.

Unfortunately, we have been conditioned to immediately assume there must something more to a story when we see killers like Eric Harris and Adam Lanza act out. We want to imagine that these killers come from the same background us, because then we can understand their actions.

And, most importantly, we can control them.

In other words, there is a solution.

But, in a case like Eric Harris, there is no obvious solution, no way to control his destiny. His father tried very hard to discipline him, but was often fooled by Eric’s charm and lies. Most people around him were completely unaware of his dark side.

When we discuss the situation with Adam Lanza, we at least have to admit that it is possible he was motivated by evil. We must stop assuming that he was some sort of victim, whether of other people, or of his own “insanity”. As far as anyone can tell, he seems to have only been afflicted by Asperger’s, something that has so far shown absolutely no correlation to violent inclinations.

When we don’t admit the possibility of evil, we begin to prematurely convict innocent people. We imagine that everyone who is a loner, has trouble with bullying, or has mental issues, is a born killer. This is another problem with the “I Am Adam Lanza’s Mother” article. It makes a false comparison, and imagines her son to somehow be in any way connected to Eric Harris and Adam Lanza. This couldn’t be further from the truth.

Eric Harris wasn’t out of control. He was perfectly in control.

It’s not yet clear whether Adam Lanza was evil or not, but the fact that he was able to kill with such deadly accuracy, shooting each child 4 times to make sure they were dead, does not indicate a person who was out of control.

The Implications Of Ignoring Evil

Our society right now is suffering from a lack of acknowledgment of the existence of evil. As our society has progressed, we have become more “understanding” of evil. This in turn causes a sympathy for those who don’t deserve it or need it, and an almost bizarre attack on those who clearly aren’t evil.

Just as our nation has condemned loners, those with mental illness, and more, into now immediately becoming suspects in murders, we have now begun condemning others around the world for being victims or bystanders of evil.

It remains to be seen whether Adam Lanza was evil. But if we don’t admit the possibility that he could be, we are condemning ourselves to a world of ignorance.

Tomorrow I will be delving further into this story and examining Dylan Klebold’s role in Columbine and how it can further help us understand how to look at school shootings, evil, and our own way of dealing with tragedy.

Update: Here is the link.